The Miracle Season – American drama movie directed by Sean McNamara. The film is based on the true story of the Iowa City West High School volleyball team after the sudden death of the group’s coronary heart and leader, Caroline Found, in 2011. Burden – American drama film based mostly on the story of Micheal Burden, a member of the Ku Klux Klan who had a falling out with his mentor, John Howard, and at the urging of his girlfriend left the group. Destitute, the couple turned to the Rev. David Kennedy, the African-American pastor of New Beginning Missionary Baptist Church, for help. Thank You for Your Service – American biographical warfare drama film written and directed by Jason Hall, based on the 2013 non-fiction e-book of the same name by David Finkel.

50 to 1 – American drama film primarily based on the true story of Mine That Bird, an undersized thoroughbred racehorse who won the 2009 Kentucky Derby in one of the largest upsets within the historical past of the race. Rocketman – biographical musical drama film primarily based on the life of musician Elton John. White Boy Rick – American biographical crime drama film directed by Yann Demange and written by Andy Weiss, and Logan and Noah Miller. Soorma – Soorma is a 2018 Indian biographical sports activities drama movie based mostly on the lifetime of and return of hockey player Sandeep Singh.

Blaze – American biographical drama film directed by Ethan Hawke based mostly on the life of nation musician Blaze Foley. Spotlight – American crime drama film based mostly on the true story of John Geoghan, an unfrocked priest accused of molesting boys; an investigative team of journalists from The Boston Globe investigates the allegations. Queen of the Desert – American epic biographical drama movie written and directed by Werner Herzog and is predicated on the life of British traveller, author, archaeologist, explorer, cartographer and political officer Gertrude Bell. 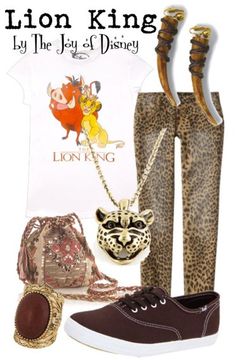 Finkel, a Washington Post reporter, wrote about veterans of the 2nd Battalion, sixteenth Infantry Regiment returning to the neighborhood of Fort Riley, Kansas, following a 15-month deployment in Iraq in 2007. The film is about posttraumatic stress disorder (PTSD), depicting U.S. troopers who attempt to regulate to civilian life. The Mercy – British biographical drama film, directed by James Marsh and written by Scott Z. Burns. It relies on the true story of the disastrous attempt by the novice sailor Donald Crowhurst to complete the Sunday Times Golden Globe Race in 1968 and his subsequent attempts to cover up his failure.

Jersey Boys – American musical drama movie based mostly on the Tony Award-successful jukebox musical of the same name. The film tells the story of the musical group The Four Seasons.