The workshops will centre on three points on the forefront of scientific investigation, and which exist in a captivating overlap between theatre and the expertise of consciousness. The Etherdome will be a new piece of theatre concerning the discovery of anaesthesia; exploring the impression it has had on surgical follow and on the three men who every claimed to have found it. Working with anaesthetists and medical historians, Penny Dreadful will use humour, music and vitality to create exciting theatre about a captivating interval of historical past and its influence on medicine and society. The Etherdome will premiere on the Assembly Rooms, Edinburgh Fringe 2011 after which tour. ‘Stream’ is the research and development phase of a collaboration between visual artist Emma Hunter and coronary heart imaging consultant Philip Kilner of the Royal Brompton Hospital.

Price, a socially awkward outsider, taught himself the fundamentals of evolutionary biology and formulated an equation widely acknowledged as the mathematical rationalization for the evolution of altruism – something science had been making an attempt to do since Darwin. Three years later in January ‘seventy five, Price was found in a Euston squat having slit his throat. Through collaboratively pooling artistic, medical and scientific expertise, the project staff will determine the most coherent and fascinating ways to present Price’s extraordinary story.

‘Stream’ will give attention to water circulate properties inherent in the buildings and flow dynamics of the human heart and blood system. The artist will create a physique of labor that shall be a poetic reimagining of the inside panorama of the human coronary heart, capturing its embodiment of water and inviting the viewer to make visual connections between internal and outer landscapes. ‘Any One of Us’ Theatre Studio West will work with Dr. Brynmor Lloyd-Evans from UCL to engage year olds with mental health issues via a year-long analysis and improvement course of. The Spalding Suite is a touring present in regards to the UK’s basketball subculture directed by Benji Reid, written by Inua Ellams, produced by Fuel and commissioned by the Southbank Centre. Mixing poetry, storytelling, stay music with choreography influenced by the sport, the show goals to examine how the tradition meets British identity.

The project’s end result will embody a 45 minute play script published by the Barbican Press, and an expert theatre tour of Dickenson’s play to 10 schools and non-theatrical venues throughout the City of Hull, accompanied by experiential workshops on the subject matter. Cathedral is a brand new performance by Fye and Foul Theatre Company (Giulio Blason and Yaron Shyldkrot) and a collaboration with Dr Alison Eardley (Westminster University), Dr Elliot Freeman and Dr Lydia Tan (City University London). The R&D part will enable the testing of the material at completely different phases of its development with a variety of audiences, practitioners, group teams, pupils and students, and will incorporate their responses and ideas. Inside Out shall be a collaboration between myself and radiologist Professor Steve Halligan, working intently with a spread of radiology workers and patients at University College of London Hospital to supply a brand new body of visible work in regards to the ethical, cultural and technological aspects of medical imaging.

The project will embrace a new ‘Archive of False Memory’ web site, a series of talks and an exhibition. Working with a team of specialists in dyslexia analysis, composer Andrew Lewis will create a sonic art work using spoken text as its uncooked material which immerses the viewers in a 360° spatial sound experience. 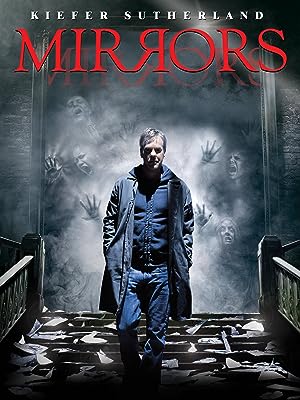 Words will be disassembled into their constituent elements and reassembled into new and surprising musical mixtures. The work will spotlight dyslexia and draw consideration to a number of the current theoretical considering around the role performed by deficits in aural and phonological and phonographic processing. The work will use the metaphor of area journey to permit the audience to grasp how the neurological processes liable for reconstructing the past are equally as lively in imagining the longer term.

The primary award-winner and runner-up might be announced on the Sheffield Doc/Fest award ceremony on the night of the pitch. Artist, Samantha Rebello will collaborate with historian Dr Bettina Bildhauer to create a new movie work. The film will discover medieval medical and alchemical imagery and juxtapose this with up to date scientific imagery. This distinction will expose the stretches of the medieval imagination which found connections between our bodies, planets, components and personalities and casts a great distinction to the scientific gaze of at present. Artist Alasdair Hopwood will collaborate with Professor Christopher French to undertake a residency at the Anomalistic Psychology Research Unit (APRU) and Goldsmiths College, University of London.

They hope the work may even encourage audiences to sympathise with the emotions of disorientation, temporal confusion, apraxia and isolation undergone by victims of the Alzheimer’s Disease. The work with be a collaboration between Dancing Brick theatre company and Professor Sergio Della Sala, University of Edinburgh. Consciousness will be a collection of workshops bringing award-profitable theatre firm Complicite together with science writer Rita Carter to discover concepts of consciousness, identification and free will. The workshops shall be joined by three eminent neuroscientists, Chris and Uta Frith and Patrick Haggard.